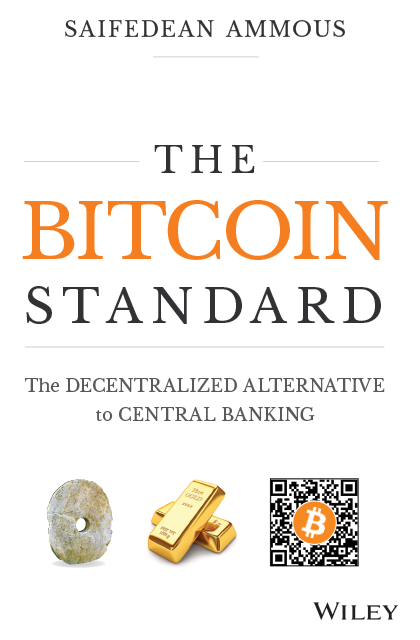 The Bitcoin Standard by Saifedean Ammous is one of the best non-technical books on Bitcoin. He evaluates Bitcoin from an Austrian School of Economics perspective.

In the foreword Nassim Taleb associates Bitcoin with Friedrich Hayek’s idea of distributed knowledge. It may fail but we now know how to do it.

It fulfills the needs of the complex system, not because it is a cryptocurrency, but precisely because it has no owner, no authority that can decide on its fate. It is owned by the crowd, its users.

The book is a fantastic explanation of what money is. Almost 2/3 of the book focus on the history of money: primitive money, monetary metals, government money, digital money, and Bitcoin.

Some key concepts that the book also addresses are time preference (HODL) and limited and scarce resources, and how prices transmit information and therefore when resources are scarce, prices will increase or solutions/alternatives are sought (innovation and technological development).

Bitcoin is the best sound money ever invented.

Bitcoin is an embodiment of Nassim Taleb’s idea of antifragility, which he defines as gaining from adversity and disorder. Bitcoin is not just robust to attack, but it can be said to be antifragile on both a technical and economic level.