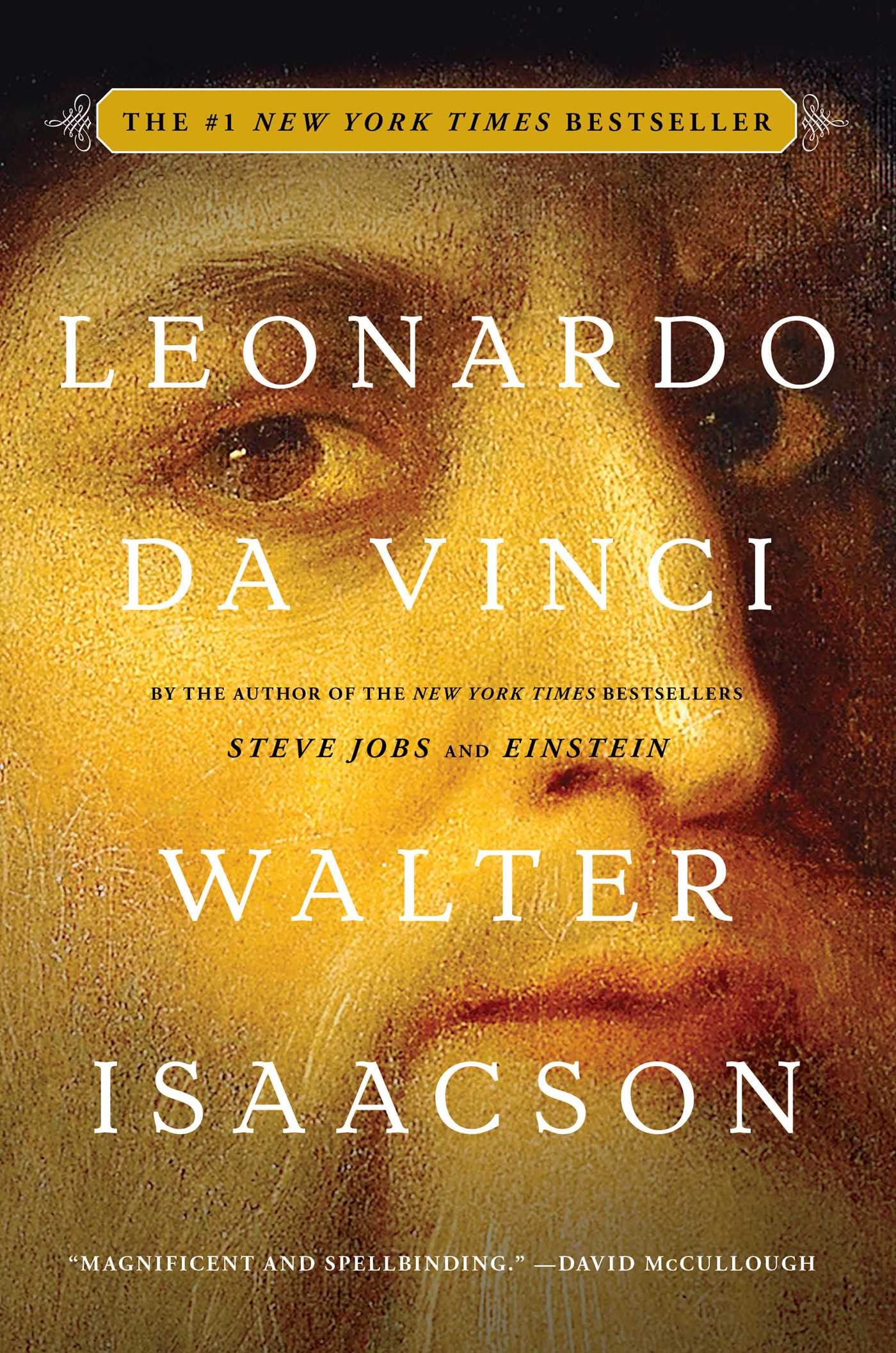 My starting point for this book was not Leonardo’s art masterpieces but his notebooks. His mind, I think, is best revealed in the more than 7,200 pages of his notes and scribbles that, miraculously, survive to this day. Paper turns out to be a superb information-storage technology, still readable after five hundred years, which our own tweets likely won’t be.

Fortunately, Leonardo could not afford to waste paper, so he crammed every inch of his pages with miscellaneous drawings and looking-glass jottings that seem random but provide intimations of his mental leaps. Scribbled alongside each other, with rhyme if not reason, are math calculations, sketches of his devilish young boyfriend, birds, flying machines, theater props, eddies of water, blood valves, grotesque heads, angels, siphons, plant stems, sawed-apart skulls, tips for painters, notes on the eye and optics, weapons of war, fables, riddles, and studies for paintings. The cross-disciplinary brilliance whirls across every page, providing a delightful display of a mind dancing with nature. His notebooks are the greatest record of curiosity ever created, a wondrous guide to the person whom the eminent art historian Kenneth Clark called “the most relentlessly curious man in history”.

My favorite gems in his notebooks are his to-do lists, which sparkle with his curiosity. One of them, dating from the 1490s in Milan, is that day’s list of things he wants to learn. “The measurement of Milan and its suburbs” is the first entry. This has a practical purpose, as revealed by an item later in the list: “Draw Milan”. Others show him relentlessly seeking out people whose brains he could pick: “Get the master of arithmetic to show you how to square a triangle […] Ask Giannino the Bombardier about how the tower of Ferrara is walled […] Ask Benedetto Protinari by what means they walk on ice in Flanders […] Get a master of hydraulics to tell you how to repair a lock, canal and mill in the Lombard manner […] Get the measurement of the sun promised me by Maestro Giovanni Francese, the Frenchman”. He is insatiable.

Over and over again, year after year, Leonardo lists things he must do and learn. Some involve the type of close observation most of us rarely pause to do. “Observe the goose’s foot: if it were always open or always closed the creature would not be able to make any kind of movement”. Others involve why-is-the- sky-blue questions about phenomena so commonplace that we rarely pause to wonder about them. “Why is the fish in the water swifter than the bird in the air when it ought to be the contrary since the water is heavier and thicker than the air?”.

Best of all are the questions that seem completely random. “Describe the tongue of the woodpecker”, he instructs himself. Who on earth would decide one day, for no apparent reason, that he wanted to know what the tongue of a woodpecker looks like? How would you even find out? It’s not information Leonardo needed to paint a picture or even to understand the flight of birds. But there it is, and, as we shall see, there are fascinating things to learn about the tongue of the woodpecker. The reason he wanted to know was because he was Leonardo: curious, passionate, and always filled with wonder.

Oddest of all, there is this entry: “Go every Saturday to the hot bath where you will see naked men”. We can imagine Leonardo wanting to do that, for reasons both anatomical and aesthetic. But did he really need to remind himself to do it? The next item on the list is “Inflate the lungs of a pig and observe whether they increase in width and in length, or only in width”. As the New Yorker art critic Adam Gopnik once wrote, “Leonardo remains weird, matchlessly weird, and nothing to be done about it”.