One of my favourites places in the world is the Welcome Collection.

Today, we have visited the ‘Smoke and Mirrors: The Psychology of Magic’ exhibition, curated by A R Hopwood and Honor Beddard. 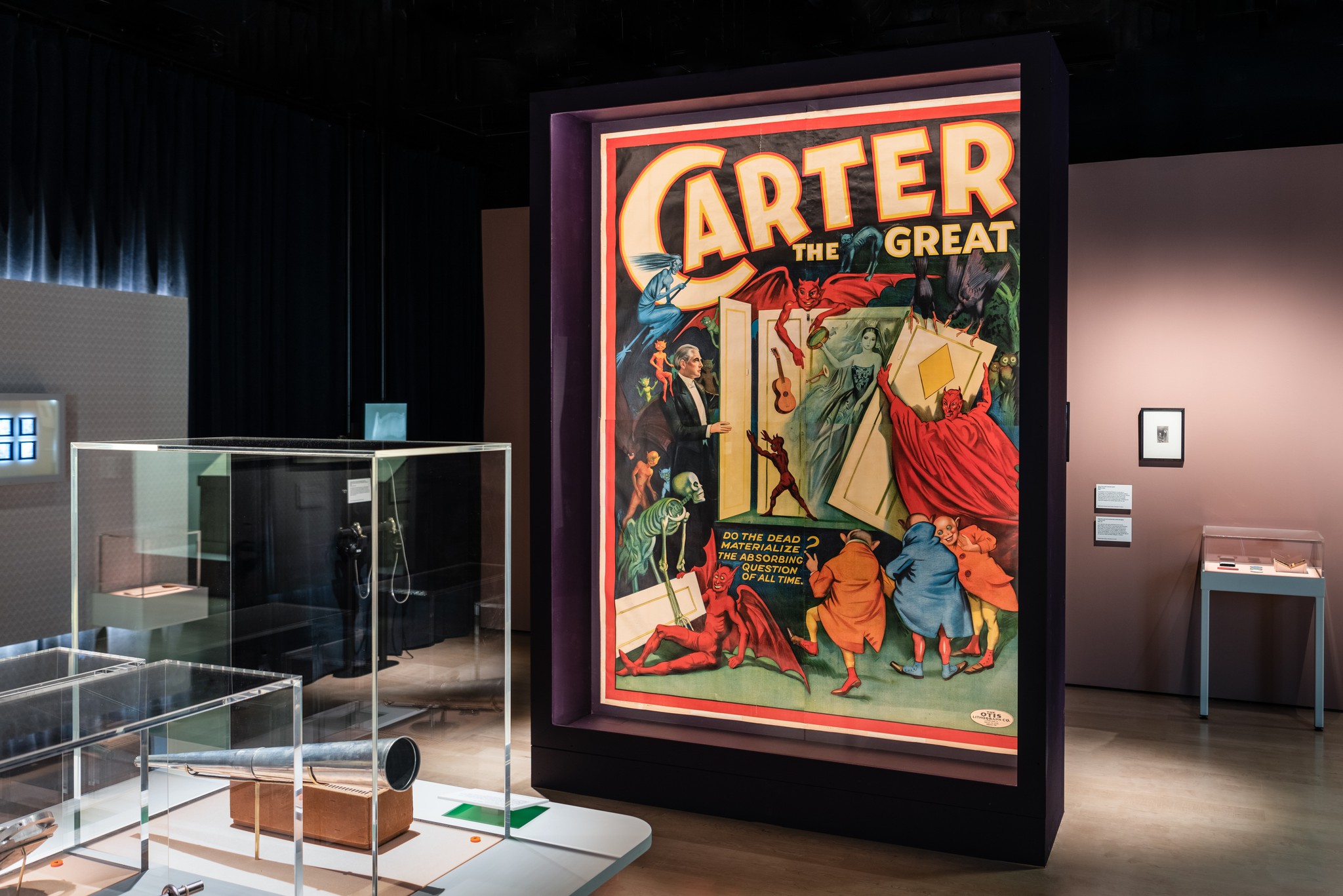 Magic is the only honest profession.
A magician promises to deceive you and he does.
– Karl Germain, magician (1878 - 1959)

For hundreds of years, magicians have achieved astonishing feats of trickery by exploiting the gap between what we think we perceive and what we actually perceive. Recently, scientists have begun to appreciate this ability as a powerful tool for the study of human psychology. This research has emerged from an extraordinary history that stretches back to the 19th century, where a fascination with the paranormal coincided with the birth of science as a profession and the flourishing of the entertainment industry.

The ravages of war and disease in the late 19th and early 20th centuries caused widespread loss. These conditions gave rise to spiritualism – the belief that the dead can communicate with the living. Many people attended séances where a medium claimed to contact the dead directly. At its peak spiritualism had millions of followers.

Magic has been one of the most popular forms of entertainment for centuries. But even if we agree to be deceived, do we really know when and where the deception takes place?

When using misdirection the magician draws attention to one thing to ensure we are unaware of something else. It is one of the most important skills a conjuror must learn.

A mentalism is a magician whose performances include mid reading and other mind control stunts.

Such performances captive the public, but how far can a magician really control your thoughts, beliefs and decisions? Can some psychological traits be secretly exploited to influence our decision making? Are our beliefs as resilient as we think they are? How susceptible are we to suggestion?